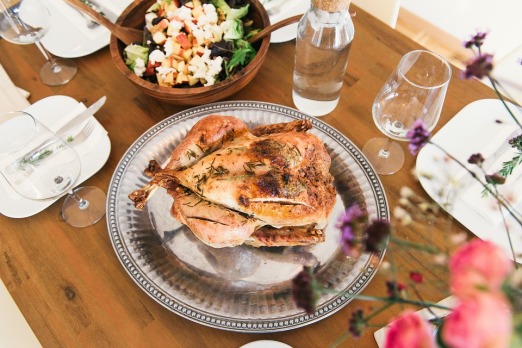 Sanderson Farms is a classic, easy to understand, all American business.

Founded in 1947, it is the third largest poultry producer in the United States. Principal competitors include Tyson, Purdue, Pilgrim’s Pride. The company isn’t hated, but it is ignored because it is relatively small and operates in a commoditized industry that isn’t particularly glamorous.

With that said, they have a long operating history and have run the company with excellence and integrity throughout their history. They grow the company organically with cash flow, as opposed to relying on debt to fuel growth.

One factor fueling Sanderson’s recent price decline has been worries about Trump tariffs. This is bizarre because nearly all of Sanderson’s operations and customers are within the United States and tariffs will have little impact. While Sanderson sells some of their products to intermediaries who export overseas, most of their chickens are produced and sold here in the U.S. Regardless, Wall Street traders target the industry as a whole with a narrative, without regard to the underlying fundamentals of the individual companies within that group.

This isn’t the first time that I owned this stock. It was a part of the original lineup of stocks I purchased for this account in December 2016. I owned it through 8/30/17 and sold for a decent profit. The stock had an epic run up in 2017, and I got out when I thought the valuation no longer made sense.

Growth for Sanderson mirrors growth in the chicken industry, which ebbs and flows in the short term, but the long-term trajectory is towards growth. People aren’t going to stop eating chicken. With a growing global middle class, demand for chicken is only going to increase over time.

“People need to eat” is a familiar refrain when discussing the cyclicality of other industries vs. food essentials. Sanderson’s sales increase organically nearly every year (including during the Great Recession). Sales are up 94% over the last 10 years. Any earnings loss is usually caused by gyrations in chicken prices, which inevitably resolve themselves. With no debt, Sanderson can handle these temporary losses. With a solid product that will never go away and no debt, Sanderson should weather any recession with ease. Over the long term, it should continue to grow organically as it has since the 1940s.

One thought on “Sanderson Farms (SAFM)”